The Indian Muslim Welfare Society has teamed up with Entrepreneur and moneysavingexpert.com founder Martin Lewis by awarding the registered charity a grant to further its societal role by funding its food bank and outreach service by distributing food and aid to people living alone and those who are living in sheltered accommodation locally.

Approximately 600 food boxes which comprised of essential food and non-food items such as soap, sanitiser, washing up liquid, masks, tea, sugar, cereal, soup, pastas, ready meal, chocolate, biscuits and much more were distributed to organisations such as the Batley Homeless Project, Making Space and Holly bank House and a plethora of sheltered housing areas in the vicinity and elderly individuals living on their own.

All committee members as well as staff (who have been furloughed) came together to accomplish the colossal tasks of packing the boxes.

All those who benefitted were very grateful for the support with many contacting IMWS to express their sincere appreciation.

The Lord-Lieutenant of West Yorkshire, Ed Anderson, also acknowledged the work of IMWS by sending a ‘thank you’ letter.

The society is one of only 42 across the UK to receive support from the consumer champion’s charity fund which was specifically set up to support charities on the frontline supporting people during the pandemic.

IMWS General Manager, Nadeem Raja impressed Mr Lewis and his team by submitting a detailed application detailing how IMWS would use any money received both locally and internationally by supporting those in need whilst promoting integration and building a positive view of Islam.

Mr Raja impressed upon the panel that despite being based in one of the most disadvantaged areas of West Yorkshire, the society would identify families on low incomes and through volunteers who consist of Doctors, Pharmacists, Dentists and Social care workers, aim to deliver over 300 delivery packs on a door to door basis or on collection from the IMWS office due to current Government guidelines.

Mr Lewis also noted how IMWS has an enviable track record of delivering projects in Yemen, Syria, Gaza, South Gujrat in India and areas affected by natural disaster such as the Indonesian Tsunami and earthquake effected areas in South Asia.

Nadeem believes the award demonstrates national recognition for the group’s work during the pandemic which includes food bank appeals and volunteer retention programmes to help the elderly and vulnerable in the community.

“We were delighted to be amongst the first charities to receive this vital funding, and for our outreach work to be recognised by a national funder,” said Mr Raja.

“We’re located in an area with high levels of deprivation and poverty which is why this grant is so desperately needed.

“There has been a huge increase in demand on our outreach services during the lockdown period. This is part of our ongoing programme which started in Ramadhan and has seen the community show their kindness and generosity by donating their money and time whilst also providing essential items for food banks, the vulnerable and the elderly.

“More people than ever are being forced to turn to food banks and it’s imperative that we meet the needs of those who are struggling to provide by continuing to support vulnerable people in isolation with emergency food, throughout the pandemic, with staff and volunteers going all out to help. “This funding has also helped us a great deal and it has been a pleasure working with organisations such as Alpha Living and the Batley Homeless Project who have also benefitted from the 600 boxes which have been delivered.

“It has also been a pleasure joining forces with the volunteers who have given up their time to help at this difficult time.”

Mr Raja explained how the project has seen the Muslim community receive praise and plaudits from many members of the indigenous population who have received over 90 percent of the boxes, hence ensuring they are the principal beneficiaries.

“Members of the local community from an array of backgrounds have been very grateful for the help and support which we have provided and we are very happy to help as we believe it is our duty as Muslims to ensure the wider community benefits from our presence and work. It’s a positive message coming out from the Muslim Community.

“May I also take this opportunity, on behalf of myself and the IMWS Chair, Dr. Imtiyaz Patel to thank everyone who has helped us achieve our aims and objectives and we look forward to working with everyone on a long-term basis.” 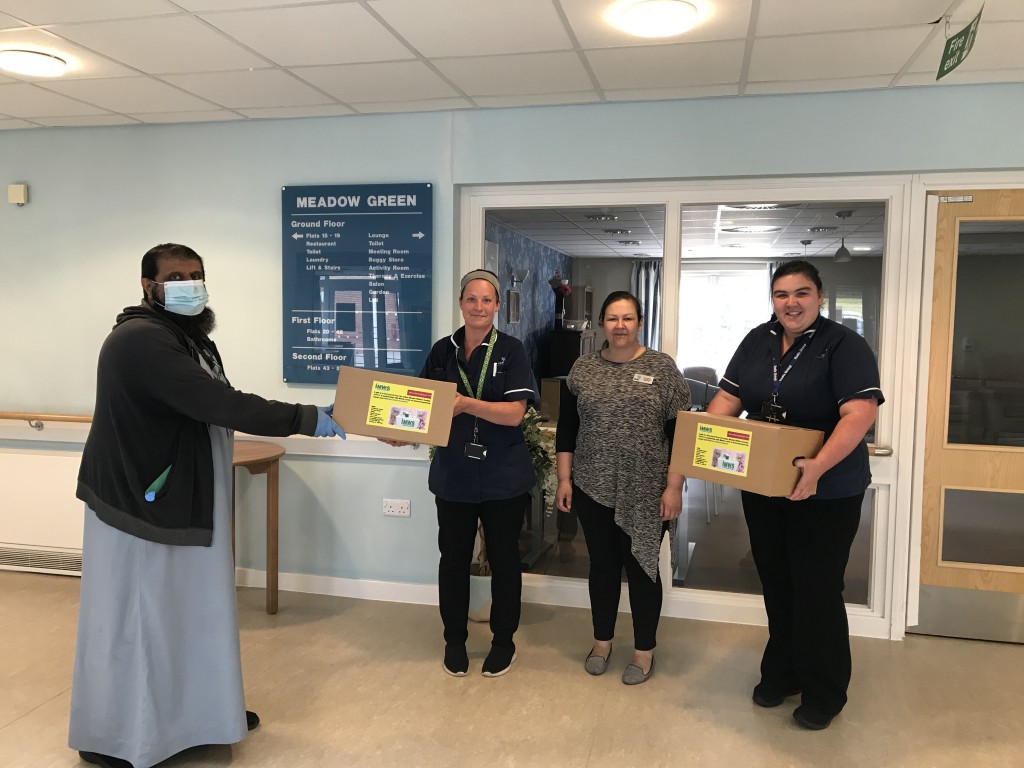 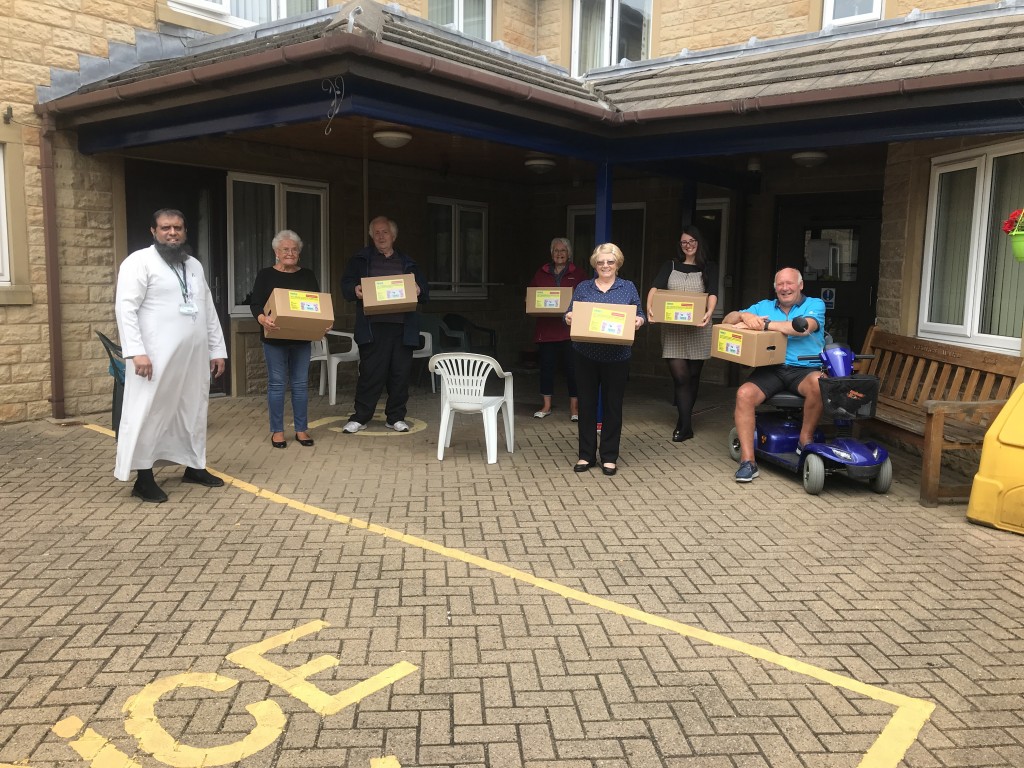 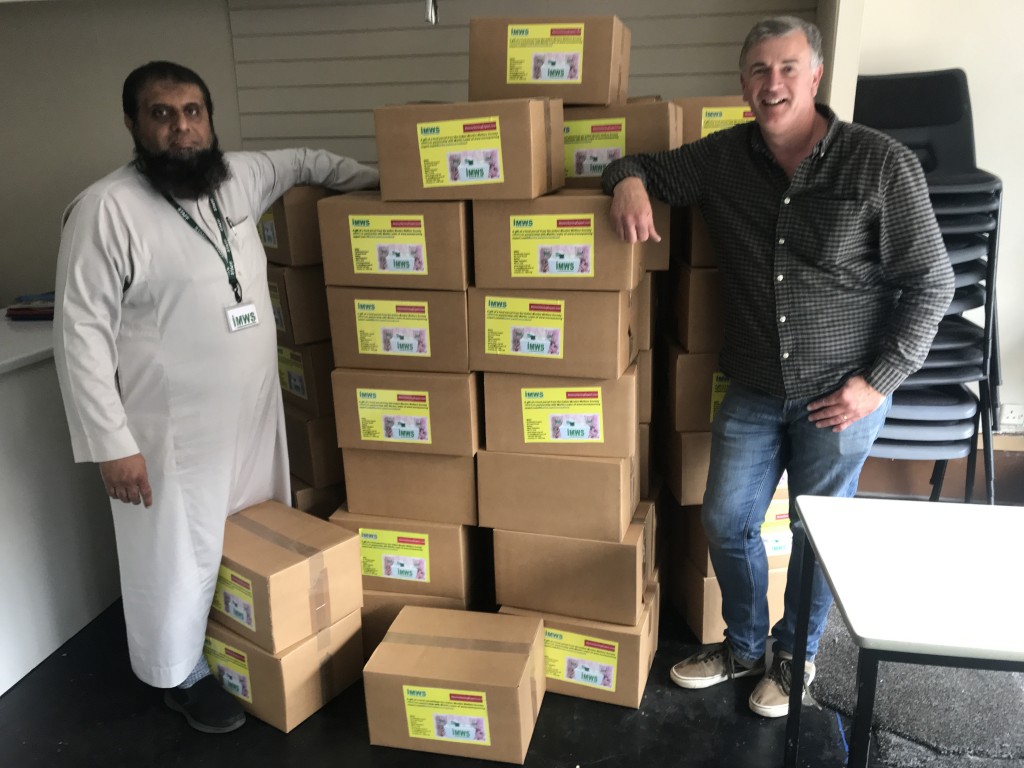