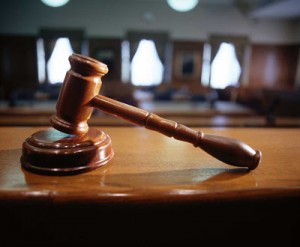 Over the years, the law regarding the burden of proof in race discrimination cases has led to a lot of confusion.

Under the Equality Act 2010 which superseded the Race Relations Act 1976. if there are facts from which the Employment Tribunal(ET) could decide, in the absence of any other explanation, that an employer has committed a discriminatory act, it is then necessary for the employer to prove otherwise in order to defend the claim.

In a recent case the ET upheld a race discrimination claim brought by a black refuse worker and provided guidance on this thorny issue.

A worker began working for Veolia Environmental as an agency worker in 2003 and later became an employee. He claimed to repeatedly ask to qualify to drive a rubbish collection  vehicle but his employer failed to consider him for the role, despite paying for his own training and passing the LGV test.

In April 2009, because of budget cuts, he was taken off rubbish collection duties and demoted to work on a foot with a street barrow, although this only lasted three days.

At the ET he successfully argued that he had been denied promotion and assessment for a driving role because of his race following a personality clash with his manager. The ET also found his employer gave many reasons, not all which were consistent as to why he was transferred to working on foot. They held because of this the employer failed to provide satisfactory evidence for its conduct.

His employers appeal, arguing that the ET wrongly reversed the burden of proof so as to require the employer to provide a non-discriminatory explanation for the different treatment given to the worker. It was argued that there was no evidential basis for tat approach.  Evidence of unreasonable behaviour is not enough to conclude that an act has discriminatory potential and the ET’s decision was perverse.

The EAT(Appeals tribunal) dismissed the appeal and noted that no other employee had been treated in the same way as the worker  and the tribunal had not erred in taking into account that there had been differing and inconsistent explanations of its conduct put forward by the employer, when determining the burden  of proof had been reversed.

The EAT did not think the ET had misdirected itself as to the workers demotion or driving assessment and had reached findings that were open to it on the evidence before it.

The EAT acknowledged that the burden of proof in discrimination cases remain “difficult and controversial topics” and found that such issues are very sensitive. Therefore the decisions of ET’s in these type of cases should only be interfered with “in the clearest case of misdirection or perversity”

Discrimination is generally hard to prove and it is important that in these types of cases any allegations of discrimination are genuine and backed up by evidence if possible.