Religion, politics and the media, all of these themes and more were up for intense debate at the Al-Hikmah Centre as the IMWS hosted a political literacy and media training course last month.

The day was led by Forward Thinking, an organisation that aims to empower grassroots Muslim organisations and individuals by building relationships with government departments and policy makers.
Media training was delivered by Emily Buchanan, a former BBC religious and world affairs correspondent with over 30 years experience. How to get your story published, shoot amateur footage using only a phone and interview techniques were some of the topics covered.

There was even the opportunity to be interviewed by Ms Buchanan in the hot seat under the glare of a camera, and receive feedback on how to improve.

The representation of minorities in news media in recent history was discussed, such as the Irish during the Troubles, to Muslims after 9/11 and Eastern Europeans more recently. It soon became clear media attention shifts away from one minority and onto another, posing the question why do stereotypes shift from one community to another, why aren’t they eradicated instead?

This, naturally, led to another question; why are stereotypes, which are often underpinned by racist and reductionist sentiment, perpetuated in the media in the first place?

Grant Fisher of Model Westminster, an educational organisation focusing on the policy making process, delivered the political literacy workshops. After an introduction to the UK political system, Mr Fisher put up a slide with all 25 ministerial departments, revealing the great extent to which politics affects all of our daily lives.

Discussion then turned to policy, how it is made, who makes it, and how to influence it. The government’s counter radicalisation strategy, better known as PREVENT, was used as a case example.

After this the day was finally brought to a close with a short discussion about local issues, and how participants may go about addressing them. 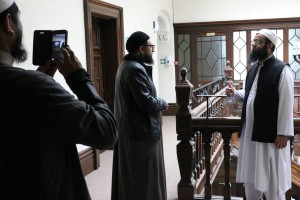 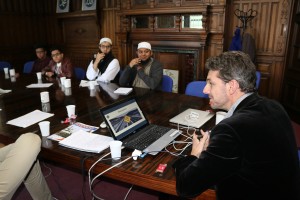 All photographs are courtesy of Grant Fisher, Model Westminster Find more photos of the day can be found here.