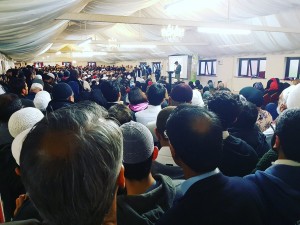 Following the tragic murder of Batley & Spen MP, Jo Cox, the Indian Muslim Welfare Society held a special tribute to help the public come to terms with the shocking murder as well as remember Jo and her impact on the local community.

The tribute event took place last Friday, a day after the tragic incident, and attracted over 1200 people from the diverse community who packed the halls at the Al-Hikmah Centre in Mount Pleasant, Batley. 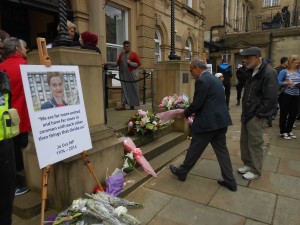 Saeid Laher who closed the programme said, “Jo was incredible and will be a great loss especially to those who are in need, those that are suffering and those that are crying out for help. What she has done in the short time that she has been with us will remain forever.

Speakers shared memories which many in the halls could relate to and spoke fondly of Jo in ways all could understand. Jo was much loved by all those who met her and this very much was the reason why beyond the seating area members of the public crammed in standing throughout.

For some time afterwards and on the offer of the IMWS chair the attendees remained behind forming smaller groups to share memories and come to terms with such a big loss. A book of condolences was also put out and queues formed to send their message.