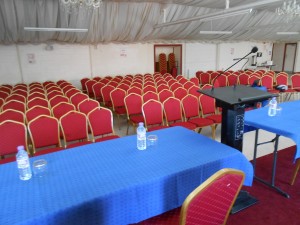 The 58th IMWS AGM took place last month with members having an opportunity to debate and direct the future of the Society.

Prior to the AGM on the same Saturday evening, an SGM took place on matters relating to the Society being registered as a Charity Incorporated Organisation (CIO). In 2013 members already agreed to the change from charity status to CIO, which gives additional safeguards and is something being encouraged by the Charities Commission, but the existing IMWS constitution has since proved problematic for a smooth transition.

The SGM was called to go through and decide on amendments to the constitution which would among other things make clear distinctions between decision-making powers. A fruitful debate lasted almost an hour with critical questions and answers to understand the move. A majority vote gave the go-ahead for the amendments and opened the way to pursue the CIO further with hopefully more success.

The AGM began with Mohamed Mulla, who has completed two years at the helm, recapping over the highlights of the past year. He thanked the tireless efforts of volunteers and staff which made the events, charity appeals and the society function.

Key discussions included the £5 rise in the IMWS member fee. IMWS members come from the affiliated Masjids and in last year’s AGM members voted in favour of the rise in member-fee.

The matter was raised at this year’s meeting and saw members respectfully exchange views with the majority stating as this had already been passed it should be upheld.

“We had a lively debate on the constitution which helped the membership in making the right decision on the night.”

Mohamed Mulla was unanimously elected again to Chair the organisation for the coming year.

However, though the quorum for the meeting was met members felt disappointed that there was a distinct lack of young people at the meeting. With four new people joining the elected members, rumours of it being a closed shop are once again dispelled and IMWS hope more young people will begin to play a part in the societies future.

IMWS is committed to delivering projects to all parts of the community and for this, the Society encourages people from all ages and genders to put themselves forward, especially from the youth.

Alternatively, if you feel there is the need for a particular project which you would like to be part of please approach the Chair directly at: