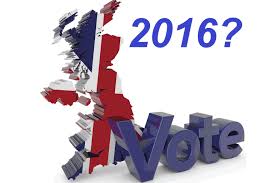 On 23 June the UK will choose whether it remains in the European Union, here Masum bhai Karolia shares his views.

Before we talk about IN and OUT of EU we must understand what EU is and why it’s been created.

When it was established it was called EUROPEAN COMMON MARKET. And market means trade or business.

After the Second World War the economy of European countries was badly affected. And they realised that it’s not possible to run the country efficiently as a single country.

That time France, Germany, Italy and other small countries in western Europe decided to form the European Market. At that time, Britain was very interested in joining in as well but Charles de Gaulle the first leader of liberated France was totally against letting Britain in despite Britain’s repeated attempt privately.

In simple term I can describe The Market is that in the late seventies and early eighty we had Parish local council here and government realised that running a small council is not economically viable to provide services and raise funds and we created Metropolitan council. This is more or less the criteria been used to form the European common market.

Late seventies Labour government ran out of money because we could not export enough goods abroad to earn foreign currency and our GDP was well down because of strike and factories closing down because of lack of orders and because of that it was hard to borrow fund from any avenue.

In that time after a refusal of world finance bodies to lend money Denis Healey, then the Minister of the exchequer, borrowed money from Shah of Iran to fill deficits. And that year Labour lost the election and left empty coffer.

Conservatives came to power and they had the same dilemma but in that period the staunch rival Charles de Gaulle had died and the door for Britain to apply for the membership of European Market was opened.

The Prime Minister Edward Heath started convincing MPs to get approval to have a referendum, a public vote, but Labour had disapproved term and vote did not take place but Tory lost power and Labour came in power. Labour Prime Minister Harold Wilson successfully got a public mandate to join the European Market now known as the European Union. And steadily Britain’s economic situation improved.

We are selling more goods in Europe and getting more subsidies in farming, banking, employment training than we paid to EU.

The union is not only limited to the economy but also defence, human rights, exchange of technology, investments and many more advantages come in too.

Now because of that thousands of job created in U.K. By European factories laid their foot in U.K. Creating jobs.

In the 1974 public vote, there was also a big uproar in the Tory block. That time the opponent of ‘no’ votes were rich people and they did not face any job loss and any hardship and they did not understand the plight of working class people and some of them who were old colonial minded which was not going to work to survive our economy because our 80% people were ordinary workers who needed jobs.

I am not advocating YES vote but there are lot more advantages than disadvantages. In the present situation going alone is not good for our future.

Some NO block may be scaring people with an influx of immigrants which is a false claim. Prime Minister has successfully negotiated the immigration problem. And because of human right [which many YES voter wants to opt out] no country can reject legal immigrants.