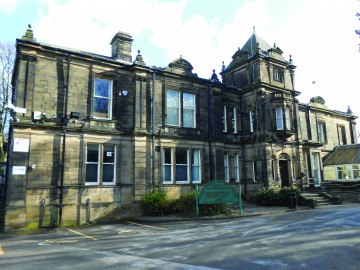 THE IMWS has taken on new employees to focus on specific areas and deliver on projects for the Society.

Munir Daji was the successful candidate for the role of Project worker. His duties will see him lead on Charity appeals and projects, including working with mainstream charities in delivering the aid, and working to build and deliver on the Al-Hikmah Nikah Service.

Munir has a long history of working with volunteer groups including the IMWS and has been the chair of the charity sub-committee. With the growth of projects and plans to further enhance and develop the work, the Society felt it was time to employ a Project Coordinator and with his experience Munir will be an asset to the team.

Amongst a re-occurring feedback point received from the Al-Hikmah Nikah Service from users and potential users was the difficulty of contacting the service and delays in receiving replies to questions.

To ensure the service has the utmost confidentiality direct links of communication was set up with a chosen volunteer. But with personal commitments volunteers face it had been difficult to respond as often as users and potential users wished.

With this in mind, Munir has been given this duty too and will help to build a stronger service as well as drastically improving the response times.

She told Paigaam the new role appealed to her as it was giving something back to the community.

Zaynab has already started her first project helping people living with dementia. Key points of the project will be to identify people living with the illness, breaking down the stigma around mental illness, helping to signpost where assistance can be found and highlighting early signs so that an early diagnosis can start the help and support individuals and their close ones need.

If you know someone who lives with dementia or feel you would like to know more you can contact Zaynab on 01924 500555 or email zaynab.karolia@imws.org. Uk

0 people like this
About IMWS, Announcements, community, Features
Al-HikmahIMWS 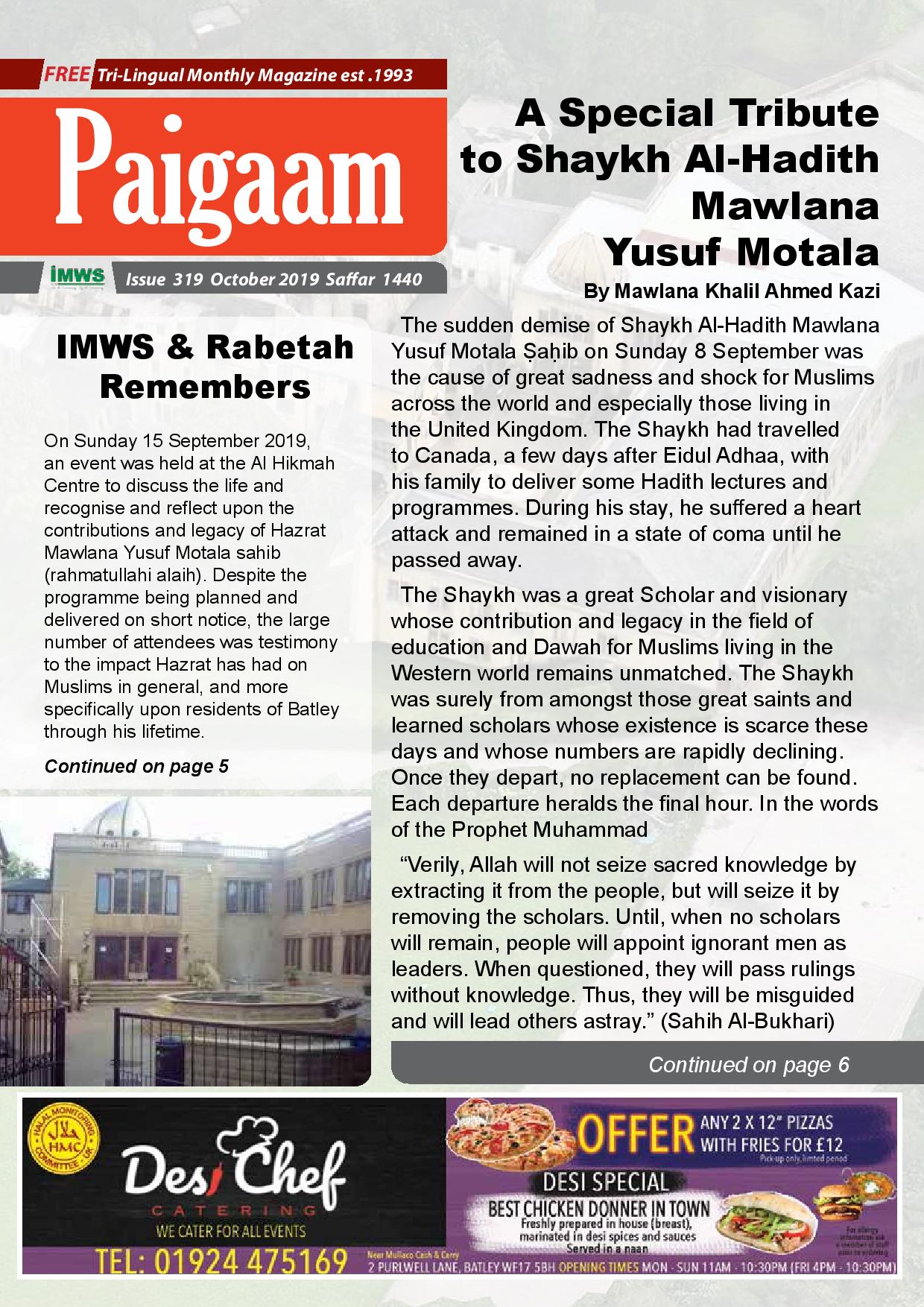 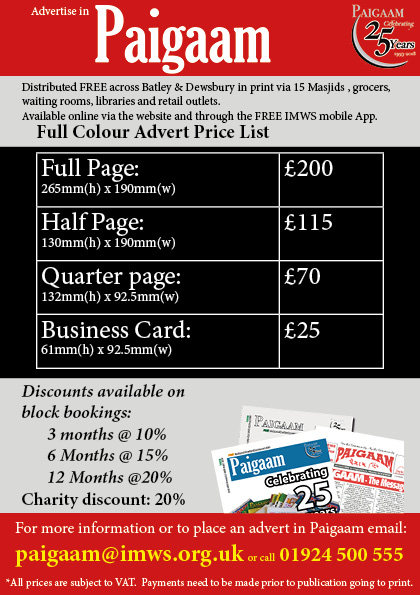