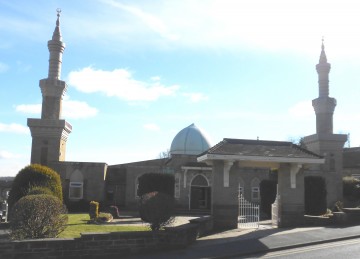 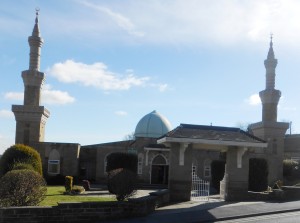 Madina Masjid in Batley joined a national campaign to hold an open day last month for members of the public to come and see what happens inside a Masjid. The ‘Visit My Mosque’ initiative by the Muslim Council of Britain saw around 80 masjids open their doors and dispel the fictitious accounts far right groups preach.

Yunus Lunat, vice chair of MPIT, who govern the masjid, said: “Lots of people came for a good old-fashioned chinwag.

“If you were to ask the public what they want out of life they would say they would want to be able to get on.

“They’d also want the same for their families and so do we – so ultimately we’re all the same.”

Around 100 visitors including from as far afield as York came to the Masjid. A seating area was placed at the back of the prayer hall, which allowed the guests to witnessed the afternoon Zuhr prayer taking place. It was a unique occasion and the first time for many to actually see Muslims performing prayers.

Batley Parish Church parishioner Graeme Rayner was one of the local people to attend and later wrote a blog on his experience. He said “The format that worship takes does, at first, feel very different. However, the call to prayer that precedes the service for 15 minutes is designed to act as a reminder that worship is imminent, much like our church bells.”

Mr Rayner drew more similarities including the longstanding Imaam saheb and the greetings of peace Muslims exchange being similar to those in Christianity.

“We had planned to pop in and have a look and ended up staying for around three hours.

“We were given a tour, observed classes in the madrassah, speaking with Muslim scholars and the imam. All of this was followed, of course, by some food and drink together. It was, put simply, fantastic.”

“The overwhelming sense I got was that we’re not very different. We want similar things for our community, and we seem to all agree it is “our” community – not them and us.” Mr Rayner added.