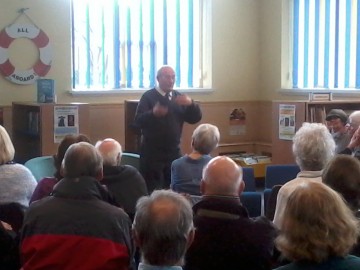 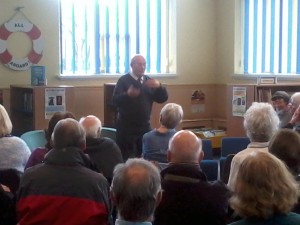 Kirklees council has launched its consultation in to the services provided by local libraries. Fears have been growing for the future of libraries with the council having to impose budget cuts. But public confusion has raged high regarding the building and the service.

In a District Committee meeting held at Batley Town Hall in January matters became a little clearer that this consultation was about the services offered by the library and not the buildings themselves.

A greater emphasis and drive seems to be towards volunteers and ‘friends of groups’ being established to take over some of the exiting paid posts. At the meeting a member of the public pointed out she would not feel comfortable knowing she was doing what was someone else’s livelyhood.

In the run up to the consultation Batley Historian and Chair of Batley History Group, Malcolm Haigh, gave a passionate deputation at a Council meeting in Huddersfield. Mr Haigh handed in a petition supported by over 9000 signatures and gave a history lesson including how the Francis Bacon painting, known as ‘Batley’s Bacon’ and is worth millions, could secure Batley Library for scores of years.

Support for Batley Library is reinforced by statistics in the Library and Information Centres Annual Report, which shows the Carnegie building is the third most popular centre in Kirklees.

The report shows Batley library had over 163,000 visitors last year, and whilst it has half the membership of neighbouring Dewsbury library it has three quarters of the attendance.

The Council are looking at three different models. Town Libraries will provide the full service as a library and information service with two paid staff. A Community Supported model will have one paid member of staff and a Community run will be staffed and run solely by volunteers.

At the District Meeting mention was made of how Friends of Groups can tap into funding which the council cannot. Thereby, enabling the group to fund more projects.

However, when the meeting was asked as to how a consultation can identify what needs to be done without setting the figure that needs saving, the meeting received no reply, even with a second ask to address.

Mr Haigh again raised the issue of the Francis Bacon painting, given to Batley as a gift in the 1950’s, to be sold to save the library. But this time he was told the painting being given to Batley was a myth and that it was the then Batley Council who purchased it.

This does, however, raise another question. Councillors have in the past said they have to decide between buildings and people. But, as the LIB annual report shows, these library buildings and the services they provide are used by almost half of the population of Kirklees.

That being the case, maybe the question should be paintings or libraries? In an ideal world we would not have to ask this question, but in one where we are hovering over budget cuts, it deserves to be considered. After all,  a painting worth millions is likely to have a considerably high insurance premium and rather pricy security.

The consultation, which started in January, is being conducted by Qa Research Ltd and labelled as a library-specific consultation. It will run until 10 April 2015 anddates to meet the management staff can be found on online as well as a self-completion questionnaire.  For more information visit: http://www.kirklees.gov.uk/leisure/libraries/consultation.aspx