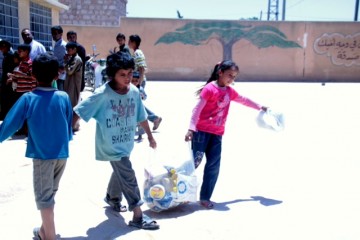 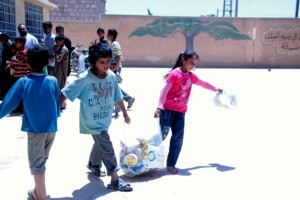 The annual IMWS Iftaar Appeal this year focussed on providing food packs to Syria and Muzzaffarnagar, and a donation for Gaza was also made from funds already raised through the IMWS Charity Fund.

Over three years on the situation in Syria continues to deteriorate with over six million Syrians registered as refugees or displaced within their country. The IMWS Charity sub-committee made a conscious decision to help these vulnerable victims, over half of whom are women and children. Each Iftaar pack cost £20 and would feed a family for the full month. Around £12,500 was donated for Syria.

In September last year during the lead up to the Indian elections communal violence erupted against Muslims in Muzzaffarnagar, Uttar Pradesh.  Around 40 people were killed and some 40,000 displaced during the trouble and many returned from refugee camps to find they had lost their home and belongings. Family food packs for the full month for Muzzaffarnagar cost £12 each and from donations made by the local community £9,500 was sent to Tayyab Hospital Trust who distributed the food packs.

Before the recent attacks were launched on Gaza, IMWS sent funds to provide iftaari food for Ramadhan. This project was funded through the IMWS Charity Fund which collects donations of Zakat, Sadaqah and Lillah throughout the year. Sadaqah boxes are also available at the Al-Hikmah Centre and when full can be emptied at the Centre or at affiliated Masaajids.

But none of this would have been possible without the kind and generous nature of our members and the local community. With your help over 1400 families received Iftaari meals throughout Ramadhaan, that’s around 8400 people. 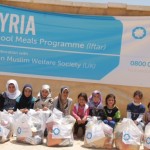 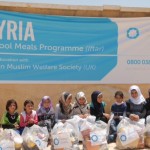 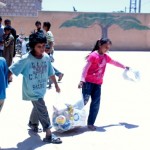 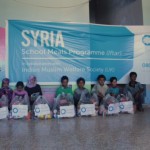 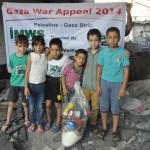 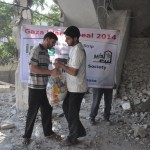 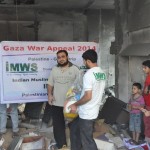 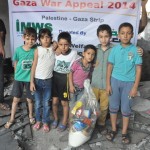