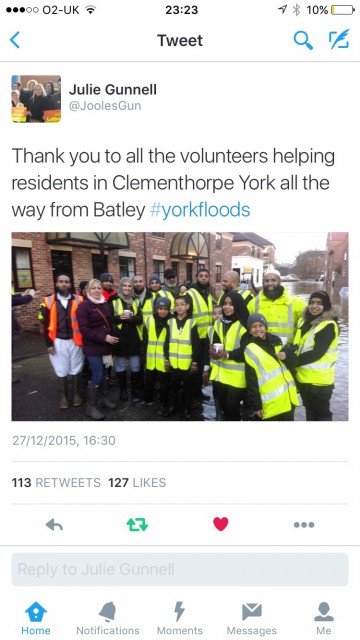 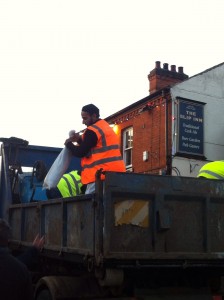 ICWA executive committee members, along with ICWA volunteers and local ulemaas including the Imam of Jumma Masjid, headed up North to Cumbria and then to York to help those affected by the recent floods. A total of 30 people joined the team last Sunday to help the flood affected areas.

The journey started early at 5am with a 2 hour drive to Penrith. First destination was the old Fire station. They assisted with sorting out the donations left at the fire station and worked with other brothers and sisters from Blackburn who were also present. The ICWA team then drove to Appleby to work with the army in assisting the locals. 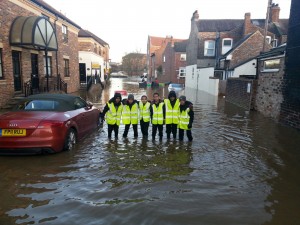 The team then followed the army to York, which was another area severely devastated by the flooding. After navigating many closed roads due to flooding, they were greeted by the worried residents of Clementhorpe. This was another area in need of urgent physical assistance, the water levels were rising fast, and there was serious danger of water entering into the houses. The team were swiftly in action, and working with the army sandbags were quickly off loaded. The group then worked hastily and tirelessly for the benefit of the locals. To name a few activities; sandbags were placed in front of the doors to help stop the water seeping into the homes, furniture were moved into the upstairs rooms, also rowed a kayak in waste high water to remove locals trapped in their houses, alongside working with the Environmental Agency to assist them with reinforcing the river banks. Even though it was dark, damp and extremely wet, the dedicated team continued working until 6.30pm. The locals gathered around and watched in amazement as the team battled to help secure their homes from the floods.
The locals in 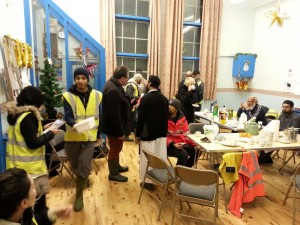 both Cumbria and York were extremely thankful to have received the team and were astonished to find the team drove all the way from Batley to help them. They genuinely appreciated the assistance and provided ongoing cups of tea and coffee. The locals spoke of their declining morale and expressed genuine fears. However on a positive note they also conveyed on how the teams presence and assistance had really uplifted their spirits and belief in human kindness. By experiencing first-hand the true beauty and teachings of Islam in practice, the locals mentioned how they were pleasantly surprised to see the young Muslims and how Islam was nothing like what the media portrays them and thanked the team for opening their eyes.

The local councillor known as Jonny, gave a speech to thank the ICWA team and as a gesture of goodwill rallied round to collect donations. However, this donation was re-donated along with funds that the ICWA team had collected for the local Community Centre.

The team went there to help those affected by the floods but we pray and believe the team achieved much more than that. 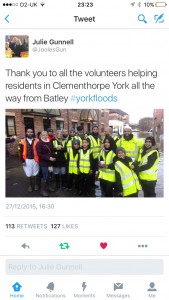 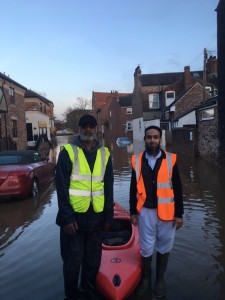 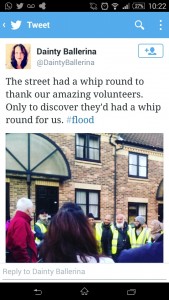 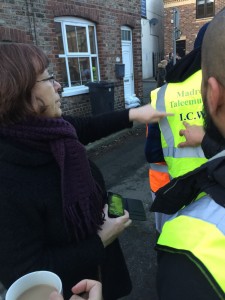