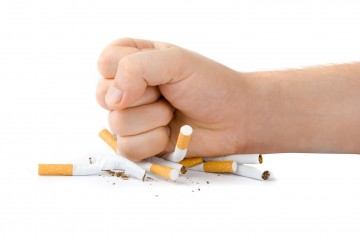 By the Recently Reformed 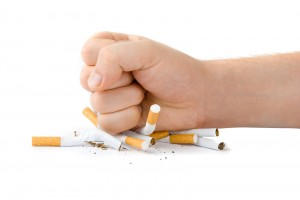 There’s two things guaranteed at the end of a Gregorian year: to pin up the new Paigaam calendar and for a smoker to voice a resolution to quit his addiction. However, the latter often succumbs to the whims of nicotine in minutes for most.

But from someone who has recently managed to kick a three decade addiction, there is hope.

The first step is to decide to kick the habit, not as easy as it sounds.

Friends and family may try methods to encourage, including an explanation of the financial and health benefits, whilst others will try a reverse psychology: criticising the weakness of a smoker to instigate a burst of will power.

True honesty permits me to reveal the reverse psychology usually leads to the flick of a flint instigating the lighting of a paper tube stuffed with tobacco. Just saying.

Finance and health benefits had always been clear. Waking up in a morning and coughing up phlegm coated in over 400 chemicals isn’t pleasant no matter how often it happens. And the rising cost speaks for itself. But even that was not enough.

You see I enjoyed smoking. Lighting up a ‘cancer’ stick in a celebratory manner or as a thinking time break led to the passing of a few pleasing minutes. I wasn’t convinced I wanted to give that up. But health signs pushed me to begin a half hearted journey to fight a lengthy habit.

Initial attempts failed miserably. The GP’s suggestion of cutting down really didn’t work with me, though it did at least kick start kicking the habit. Going cold turkey made me realise how these filter tipped assassins had me in their clutches with frustration turning to explosion in just a few hours. It wasn’t going well.

Then, with direction from my GP, I turned to a service being offered by Locala simply called ‘the Stop Smoking Service’.

This service offers an advisor who explains and assists to choose the best route to quit, including helping with nicotine replacement products to wean you off the addiction.

An explanation of receptors in the brain calming with nicotine and reacting when they needed a nicotine thrust made me go ‘Ah!’ as the mystery was opening up. And a carbon monoxide reading, which should be below 5/6 on the digital display but displayed a mammoth and worrying 29 – exceeding beyond the rating of a heavy smoker and in fact the card board chart – helped the will to quit a little further.

In the end I decided to go for the nicotine patch and soon realised my earlier scepticism of ‘does it really work?’ was answered during the first few days.

I didn’t feel like I needed to smoke, nor was frustration rearing its ugly head. The explosive short temper, which I was expecting, remained calm and the sweaty palms accompanied by the wall to wall pacing wasn’t even a thought. It was far easier than I had ever imagined. The nicotine release from the patch seemed to have surrounded the sniper receptors and handcuffed them into submission.

Will power had to play its part from time to time, after all I was quitting something I enjoyed. But with good support from family, friends, colleagues and of course my Locala adviser, I can breathe a little clearer now.

One worry was of course piling on the pounds to the already bolted though not fully inflated spare tyre around the waist. The nicotine patches did work well in reducing even these cravings but the lack of smoking had suddenly brought back my taste buds. To counter this, I with a friend joined the IMWS Circuit Training which takes place at the Al-Hikmah Centre every Wednesday at 7pm and is free!

So, all bases covered. Now to try and give up chocolate and fizzy drinks!

If you would like to quit smoking you can arrange an appointment by calling Locala on 01924 351498.

If you would like to find out more about the health activities at the Al-Hikmah Centre see page 6 in this issue or call 01924 500555.