How about a little respite for Dewsbury! 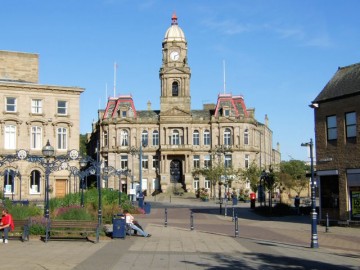 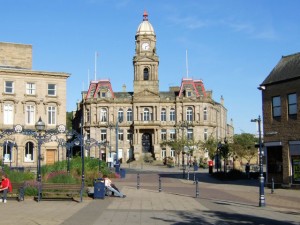 There’s barely enough time to see off one fascist group and another stands lurking round the corner. You really do have to feel for Dewsbury and the people of what is normally a town not unlike any other in the country with its problems and success stories.

But the barrage of far right targeting has labelled this town as a free for all to wage their bigoted wars and disrupt the usual peace and harmony most locals experience.

At the end of January Britain First came amidst a high profile of propaganda and a ‘take back streets’ slogan. It was meant to be a national demo and built on videos of the groups encounter with Muslims in Luton.

As it happened the edited footage didn’t tell the full story and the subsequent arrest of the heads of the far right group under public order offence – which has also led to the pair being banned from entering Luton – tells a different story to the trailer.

Provocation was obvious and the attempt to provoke Dewsbury was clear.

Still, the national demo which attracted around 120 people were welcomed into the West Yorkshire town by a timely barrage of hailstones as the heavens opened, pummelling them during their walk to the foot of the town hall.

Meanwhile on the Grassy verge adjacent a similar number assembled to celebrate the diversity of Dewsbury with speeches made by Imaams, local people, activists and the Dewsbury MP Paula Sherriff.

Organised by ‘We Are Dewsbury’ it had far more local people who care greatly for the town as they have done during the decades they have resided and contributed there.

Another down poor of horrendous hailstones followed the fascist group on their exit and one would have hoped that would be a message to ponder.

But sadly, rather than letting people get on with their lives the EDL decided to announce they would be coming next. Though by all accounts no date has been set and there’s confusion as to whether they have actually put this in writing to the relevant office.

If they do pay Dewsbury a visit then it will be their fourth in five years, with the last one costing the taxpayer £500,000.

It’s not clear as to how much the Britain First march cost to police but that wasn’t the only expense Dewsbury faced.

Shopkeepers and market stallholders enjoy a Dewsbury Saturday because it attracts shoppers into the town in large numbers. In fact, recently there has been an increase that many stallholders have mentioned. But the Saturday Britain First came was a washout again for many.

A number of stallholders didn’t even bother to turn up leaving the market looking scaringly empty and some shops just closed. These traders have seen it before and know what to expect. Sad really.

In a time when work to recover local economy is starting to show some positive change the thoughtless demonstrations intended to simply provoke and unsettle the public really begs the question of what these groups have as vested interests.

As one speaker said, if they cared about the streets then surely they would have been out helping to clean up following the recent storms. But they never even made a gesture. Partly, we can appreciate, because that’s not really their interest and partly because even the victims would not welcome their bigoted views.

Their attempt to turn it into a Christian cause suffered a rather thunderous slap as Christian leaders distant themselves from these hate preachers.

Still, the quote of the day has to go to the young lady who tweeted about asking what their favourite curry was. Maybe that’s why these fascist groups keep wanting to come back – because no one does a good chicken tikka masala like Dewsbury!