Enough prejudice for a lifetime 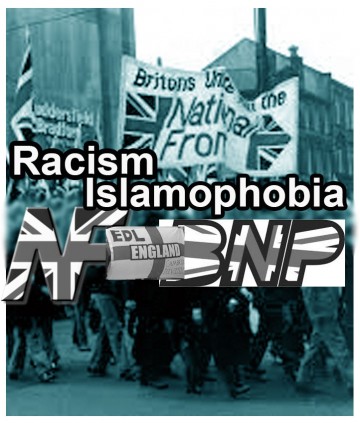 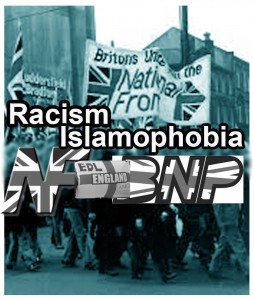 It’s hard to be a Muslim in the West these days.

These are of course words many of us have either uttered or heard, but for a Muslim of south Asian heritage in his mid-forties born in the UK, I can’t remember a time when it was easy.

Taking a reminiscent look back over five decades suddenly summons a choir of feeling hard done by, if not raising the question – why me?

For those who witnessed those same decades, you will quickly recall the sight of the National Front in the 1970’s marching through towns using the Union Jack as a symbolism of ‘all that is British,’ and pointing out that my brown face didn’t fit in…all though they preferred referring to the colour of my skin as black.

Having the front door tied to a post in the mid seventies on what was ‘mischievous night’ made me scared for my life. I had heard the stories of  homes of Asians being set alight. I was six then, and I still remember that feeling of fear racing though me. A question ‘had they been disturbed and unable to finish’ lived within me.

A news report at age nine showed scenes of angry pinkish faces storming streets shouting ‘go back home.’ Even at that young age I asked why these people hated my family and me so much. There was no recollection of them popping around for samosas and tea to know what I’m truly like.

But joking aside, it did embed a fear within me.

I did not know if the gentleman walking across the street wanted to attack me and my father or just a passer by. And that made me weary and cautious of any non-Asian nearby.

Racism was rife and there was not a place where in all honesty I could not spot it.

From school playgrounds and classrooms to shopping in a market or walking along an unfamiliar street, being called a ‘Paki’ or a ‘black bastard’ was sadly as open as saying ‘good morning’, sometimes more so.

This in truth was an experience I had to encounter and live with through my high school years in the 1980’s. It was not pleasant by far and I said over 25 years ago though people may say “school was the best days of my life” it’s a statement I could never make.

Moving into my latter teens although there seemed to be a slow down in popularity for the NF, racism was still as vocal as ever. I remember jibbing a group of friends about dismounting a bus in neighbouring Dewsbury only to be told to “go back to where you came from Paki”…I told them I crossed the road and caught the bus back to Batley.

It was not until the early nineties when racism was finally seen as the nasty entity it had always been.

In my opinion it sadly took the murder of Stephen Lawrence for people to really begin to publicly condemning racism and recognise its evil impact.

The Stephen Lawrence murder also brought words like ‘institutional racism’ into common conversation, and the real effects of racism were finally being seen.

We then saw a time of ‘political correctness’. Now this in all truth should have been in my favour, but it wasn’t. Don’t get me wrong it did single out wrong and abusive words as…well, wrong and abusive. But in itself brought other conversations into the workplace.

I remember work colleagues complaining political correctness had gone too far, with people being told what they can and can’t say, do and can’t do. And it all seemed to be placing blame on me, as if I was responsible.

If political correctness did go too far then the blame has to be placed on those people who were using abusive language, racism, discrimination and all the other forms of attacking an individual because of his belonging to a race, faith or any other classification. If they had not used that abusive language to degrade people and seen it as a wrong to start with, political correctness would never have had to be brought in, let alone the need for every possible loop hole to be tied.

And then we arrive at the modern day prejudice – Islamophobia.

Sadly I do remember the planes flying into the twin towers and watching it with a group of colleagues. The following day I was expected to openly declare my condemnation for what had happened. No one had asked me to condemn the murder of a young teenager which was reported that same week, nor had I ever asked my colleagues to condemn any of the paedophilia that was reported or the non-Muslim establishments involved in it. But it was clear the experiences of racism were now on the verge of being repeated through the new name of Islamophobia.

Ever since 9/11 Muslims have felt a collective blame is being placed on us for the actions of someone somewhere else, because he is a Muslim or said he was doing it for Islamic reasons. No matter how many times we condemn, on the birth of a new incident we find ourselves having to openly condemn it again.

The truth is we all condemn any acts of murder or any crime for that matter. But most of the times we’re not asked to say it out loud.

We then have the accusation that Muslims have not integrated into British society.

When over a period of five decades you have lived with people telling you to go home, using derogatory terms, placing accusations and telling you ‘you’re not like the rest of us’ how can you ‘fit in’.

However, as much prejudice as I and those of my ere have faced it has not stopped me from going on and doing something positive. I am as proud of my home town as anyone and feel as much a part of it as anyone. And when the time comes to support it I, along with many other Muslims, are happy to stand side by side with the rest of the town and support it!

The one thing that does sadden me though is the fact that my children are having to grow up and live with the scaremongering of prejudice, something I hoped they would never have to see.

Got something to say?

Send in your views to: