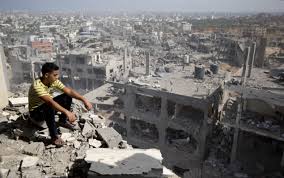 Devastating scenes caused by two severe earthquakes and a string of aftershocks have killed more than 8,500 people and left millions in need of aid.

The 7.8-magnitude earthquake hit Nepal’s capital Kathmandu and its surrounding areas on 25 April followed by some 120 after shocks including one that measured 7.3 on 12 May.

In the days to follow scenes of rubble being rummaged through to find survivors brought both news of joy and dismay as the true effects of the disaster began to pile.

The IMWS and its affiliates and partners launched an emergency appeal to provide aid to the victims. Donations made via Masjids, the Al-Hikmah Centre and online through the charities website over the two week appeal raised over £20,000 which has already been sent to help those most in need.

“It was a fantastic effort by the people of Batley and Dewsbury and again emphasised the generosity of the local community who once more helped victims of an international disaster.

“This is something our community has been doing for many many years and we hope and pray the Almighty keeps us in good health and wealth to continue helping those less fortunate.”

The monies raised went to provide emergency aid such as food, clothing and shelter to those affected including some at the epicentre of the quake. Tayyab Trust had been providing urgent relief work in the most hard hit areas and following a meeting, the charity sub-committee decided to use Tayyab to distribute the funds raised.