Be sure to check before you donate 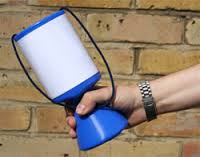 The public are being asked to be more vigilant when donating to charities conducting door to door collections. All collectors are required to have a house-to-house collection licence from the council, without which it is illegal for them to take donations and could face a fine of £1000 or 6 months in prison.

With the Ramadhan upon us door-to-door collections have massively increased relying on the generosity of the local Muslim community. Along with genuine collectors bogus collectors are likely to come knocking too. But anyone collecting any donations be it money or goods such as clothing need to hold the correct licence issued by Kirklees.

Street collectors who stand outside shops, markets or busy roads with buckets also need to have a street collection licence. Failure to posses a licence can also result in a fine, even if the organisation is a registered charity.

The council and police are asking residents to be vigilant and ask collectors to produce the relevant documents in a fight against bogus collectors. Members of the public should ask all collectors for the correct collection licence issued by the council and written authorisation from a registered charity to collect on their behalf including a valid ID badge.

Anyone not having a licence, even though they may well have a valid charity number on documents should be reported to the police by calling 101 or email www.actionfraud.police.uk

IMWS would also like to clarify the collection certificate given by the organisation following rigourous checks is meant only to be used for collection dates at Masjids and not for the purpose of door-to-door or street collections.

The council and police are advising the public if in doubt donate directly to the charity rather than the fundraiser.

The following simple steps should be taken to ensure the charity collector is genuine:

•  Does the fundraiser have the relevant license from Kirklees Council?

•  If you suspect fraud, contact the police on the 101 number or email www.actionfraud.police.uk

•  If in doubt, donate directly to the charity, rather than the fundraiser

Pleased not: your zakat will not be deemed discharged unless it is received by the correct recipient