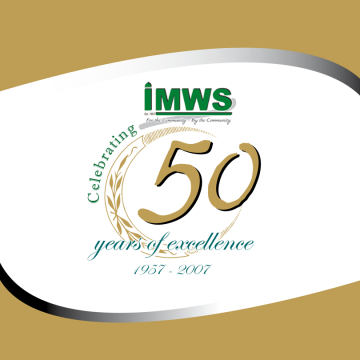 The Story of IMWS Begins here

Following the hard-earned freedom and bloody aftermath of partition, people were still enjoying the newly found democracy and their ability to express themselves freely. The major task of gaining freedom from the British was over and everyone was getting on with life. However, life was getting harder as the soaring prices of everyday commodity and lack of work was taking its toll on people. This was expected, as the newly born Indian economy with its huge population and scarcer resources were unable to balance the supply and demand equation.

In pursuit of better life and work, many Muslims from South Gujarat were looking to follow their previous generation example that migrated to the African continent – mainly to South and East Africa. Post war economy began to boom and a real economic growth occurred in Britain, thus leading to labour shortages. This gave tremendous impetus to the Muslims in South Gujarat who were looking for employment opportunities to migrate to the UK.

The wheels of early migration to Britain started to rotate. Many of these ‘would be’ migrants included British educated Indian Muslims and many who simply did not have education beyond basic schooling years. The former dreamt of going to Britain and visiting places like the birthplace of Shakespeare, the Bronte country, Dickens’s residence, and the Lake District where Ruskin spent most of his life. The latter dreamt of earning enough money and returning home one day.