A moving experience of facts and hope 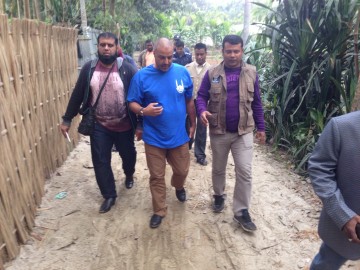 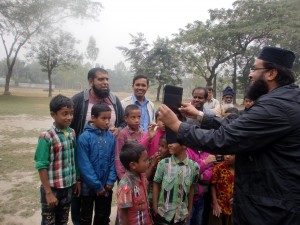 In December, the Chair of the IMWS Charity sub-committee Munir Daji travelled to Bangladesh by invitation of international charity Islamic Relief (IR). IMWS and IR have a long standing working partnership stretching over three decades and IR thought it would be good for IMWS to see how the monies raised here goes to work around the world.

Munir told Paigaam this was an opportunity to see how the whole process and accountability is handled adding, “it has been an eye opener for me. Working in the charity group for many years now, we collect the money here and transfer it over. This has been a very good experience looking at how we transfer the money, accountability, monitoring – how everything is there in place.”

IR have 337 staff across Bangladesh with 22 field officers and are running 41 projects worth £7million. Every village where projects are taking place have a chair, secretary and treasurer who administer the projects. The Country Director for the charity is Shabel Firoz originally from Birmingham but moved to Bangladesh.

During the visit the group went to see a village called Kuatipara in Dangapur. An IR project there helps around 25 families who receive 500 Takas per month.

Munir told us “IR have been giving them [local people] money to educate the children, for hygiene projects, child protection – making sure underage children are not working and receive training on livestock like goats and cows on how to milk them and look after them.” The purpose is to make people capable of attaining their own livelihood rather than remain long-term dependent on aid.

Of course access to health care is limited and IR provide things like vaccinations as a routine course.

y’ve also set up a food bank, where women from a certain area every week or every month take out a cup of rice from their own house and put in a pot. When the monsoon season comes and there’s no rice the families in that area use that rice.” He added.

Another project they visited was at Mamudarpara in Mitapukkur where IR are running a five year programme working in conjunction with government funding through UK Aid.

The group also visited Gopinathpur Government Primary School where 267 children study under six members of staff. As well as this Mamudarpara has child clubs where children can get together in an afternoon play games and learn Bengali and English.

In Thekiamam a kids club is run for children up to 14 years-old and has around 20 children in each group. The clubs run for 2 hours at a time and Munir described it like a “Youth club because the kids have no where to go in the village.” Again education and learning skills are key eleemnts of the project with the children learning English, word making skills, and involved in sports.

Another project called Saffolo runs across 67 groups with 1700 beneficiaries which focuses on awareness programmes on hygiene and health and self reliance regarding attaining their livelihoods. 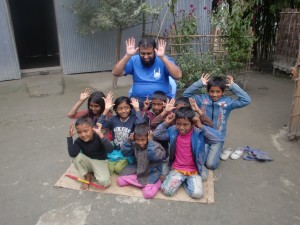 The one-to-one orphan project sponsors orphans up to 18 years of age. They are given 26 Euros per month and monitored at three-month periods.

“We went to see this girl,” Munir told us, “called Lima Akhtar. She had her own ID number to keep track of what help has been given and progress.

Lima has been in the project for 10 years. She’s now 18 but with only her mother to support her IR have extended the support for a further three months.

Sponsorship of children is also a rigorous task with the candidate having to meet the IR criteria.

Amongst the criteria includes that the child has to be an orphan who has lost both parents or their father, age of the child and is not a member of a civic project receiving help already.

Munir told us of another project that touched him deeply called Suchana, meaning beginning, is based in Dhaka.

Munir said, “When Pakistan Split [establishing the new Bangladesh] these people got left behind. Their first language is Urdu [and hold stronger ties with Pakistan]. Because of this the Bangladesh government say they are settled on illegal land.

“IR got involved and are helping 225 families with livelihood and income generation projects and a hundred with sheltering.”

“We went into one home and there was a family of seven living there. I asked the mother that ther is only one bed here and it’s only a single bed, where do you all sleep? She said a couple sleep on the bed the rest on the floor.

“After seeing that I really got upset. We should be so thankful for what we have,”

“We went to another home where there was a mother, father, a boy around 14 and his sister. The mother’s been making dresses from home, a business she started herself but now has seven people working for her.

“She said I want to look after my family myself.”

At the Suchana proj 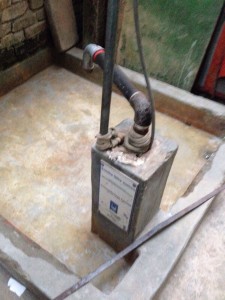 ect IR placed a water pump which pumps 180 litres of water every minute for two hours in the morning and one hour at night.

Munir said throughout the trip he was impressed by the detailed recording and monitoring IR manage todo even in remote areas and by the regeneration projects they run taking families out of being dependent on hand-outs.

Aid is something sadly these families have had to take because of circumstances, but not something they want as Munir recalled one lady selling cakes telling him “if you come back I one year I will show you I’m making a profit.”

The cost of the whole trip was funded by IR and an opportunity to see how a charity IMWS has worked with for over two decades operates out in the field.

Munir and IMWS would like to thank Brother Shabel Firoz and his staff in Bangladesh and brothers Fuad Abdo, Salim Lorgat and Ali Deen for their kind offer, hospitality and support during a trip.