5. Role of Ulema-e-Deoband in the Independence Movement 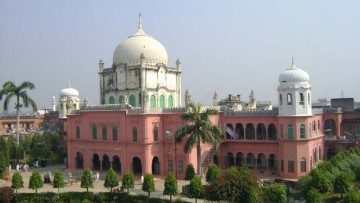 “I have had relation with Darul-Uloom since the time the Shaikhul-Hind Maulana Mahmood Hasan was alive. Sitting here we used to make plans for the independence movement as to how we might drive away the English from this country and how we could make India free from the yoke of slavery of the English. This institution has made great efforts for the freedom of this country”.

Abdul Ghaffar Khan, addressing the students of Deoband in 1969

People from all levels of society, rich or poor, man or woman, educated or not, took part in the Indian Independence Movement, and this included ulema (religious scholars) across the country. The ulema of Deoband, some of the most influential Islamic scholars of the 19th and 20th centuries, were no exception. 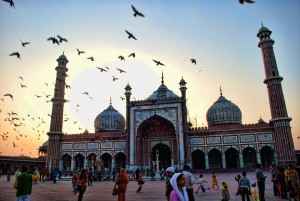 Though the Darul Uloom at Deoband was established in 1867, the story of the ulema stretches back to at least ten years before this, to the 1857 Mutiny/Uprising.

A fatwa was issued calling for jihad against the British, signed by 34 eminent ulema of the age which included the founder of Deoband, Moulana Muhammad Qasim Nanotwi, Moulana Rasheed Ahmed Gangohi, and their spiritual Shaykh, Haji Imdadullah, a Chishti sufi. Haji Imdadullah was made the amir (leader) and the ulema rallied the masses near Delhi meeting with some success in a small town near Delhi called Shamli. 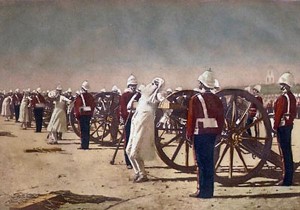 Suppression of the Indian Revolt by the English, by the Russian painter, Vasily Vereshchagin (1884)

Despite their successes, the rebellion failed and the British held the Muslims responsible for it. Retaliation was violently brutal with ulema publicly hanged and their bodies put on public display, strapped to cannons and then fired dismembering them to such an extent burials became impossible and even roasting them alive on hot coals.

In Mughal Delhi the Jama Masjid was confiscated, a large part of the Fatehpuri Masjid auctioned off, the Akbarbadi Masjid destroyed, and houses razed to the ground to make way for canals, roads and railways.

Though there are no exact figures for how many people, both Hindu and Muslim, were killed by the British, it can be assumed the number reaches in the hundreds of thousands given the sizeable drop in population statistics when comparing census data before and after 1857.

After the failed rebellion came a period of disengagement with political activism. Haji Imdadullah emigrated to Makkah and Moulana Muhammed Qasim Nanotwi focussed his attention on reforming Islamic education, and set up a Darul Uloom (House of Learning) in Deoband, under a pomegranate tree which still stands today. 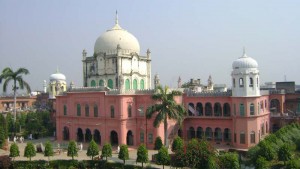 Despite having a “traditional” approach to the Islamic Sciences, the Darul Uloom was a very modern institution. It was run by professional and paid staff, students were admitted for fixed periods of study, examinations were held at the end of the year, certificates presented upon graduating and financial contributions came from the public, instead of relying on government grants or patrons.

For a centre of Islamic learning to be organised in such a way was very new, and the annual report, itself an innovation, made continuous efforts to explain the novel system. 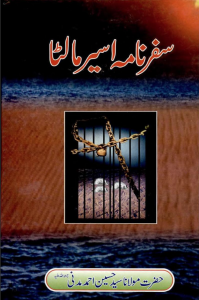 The Darul Uloom was to remain free of political entanglements, and on the outbreak of WWI issued a fatwa declairing its loyalty to the British. However, this didn’t stop some its ulema from engaging in political activism. Moulana Mahmudul Hassan, Deoband’s first and most famous student, was a passionate activist and was conferred the title Shaikhul Hind as a result in 1920

In 1915 he sent his deputy, Moulana Ubaidullah Sindhi to Kabul to set up a government in exile. In the same year Shaikhul Hind went to Makkah to petition the Turkish governor to the
Hijaz, Ghalib Pasha, for Ottoman support for his anti-British activities.

Information about who made up this government in exile in Afghanistan and future plans were written on three silken cloths, written by Moulana Ubaidullah and Maulana Mohammad Mian Mansoor Ansari, the grandson of Moulana Qasim Nanotwi.

The letters were intercepted by the British and Shaikhul Hind was arrested in Makkah in 1917, and imprisoned in Malta for three years. Among the 200 or so other ulema the British arrested, was Moulana Hussain Ahmad Madani, who has written about the arrest, deportation to Malta via Cairo and subsequent imprisonment in a book called Safar Nama Aseer-e-Malta.

WWI had ended, but the British were in control of the Hijaz and the Ottoman Caliphate under threat from Mustafa Kemal Ataturk. The Khilafat Movement was launched as a result, and at the same time Gandhi started his Non-cooperation Movement against the British.

Seeing the need for a coordinated response, the ulema of India founded the Jamiat Ulema-e-Hind. However, given Deoband’s official position of not engaging in politics, the ulema in general were reluctant to support the Khilafat movement.

Shaikhul Hind, on the other hand, was freed from imprisonment in 1920 and despite being told by the British to stay away from politics, issued a fatwa signed by 925 eminent ulema and threw his support behind non-violent non-cooperation.

The Jamiat continued to support Congress through the 1930s Civil Disobedience campaigns, opposed conscription for the Second World War and adopted non-cooperation for the war efforts.

By on large the majority of the Deobandi ulema, and the Jamiat, opposed the partitioning of India and the creation of a separate country for Muslims. Moulana Hassan Ahmad Madani was one of the foremost ulema who opposed the idea.

Having said that, there were other prominent Deobandi ulema, such as Moulana Ashraf Ali Thanwi and Moulana Shabbir Ahmad Usmani, who supported the creation of Pakistan.

Nevertheless, despite their differences of opinion, the ulema were deeply concerned regarding the religious lives of Muslims in India, and made exhaustive efforts to address that issue. This is why some of the Deobandi ulema are the most important Islamic thinkers of the 19th and 20th centuries, but at the same time, played an invaluable, though tragically often untold, role in the Indian Independence Movement.