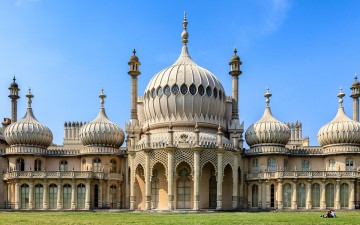 “The policy of His Majesty’s Government, with which the Government of India are in complete accord, is that of the increasing association of Indians in every branch of the administration and the gradual development of self-governing institutions with a view to the progressive realisation of responsible government in India as an integral part of the British Empire”

Going into the First World War, known then as the Great War, discontent to British rule in India was rising, but exactly how to extract more autonomy from the British wasn’t universally agreed upon. Congress had split over the issue and the All India Muslim League was founded in 1906 as they believed a Hindu dominated Congress would not adequately protect Muslim interests.

Having said that, attitudes towards the British were still largely favourable and when the war broke out, nationalist leaders including Gandhi, supported it.

India’s contribution to the war effort was “colossal”, to quote Bhikhu Parekh, “greater than the rest of the Commonwealth put together”. The Indian Army that was raised was not conscripted, but saw 1.5 million mainly Muslim volunteers, of which 60,000 were killed. Soldiers were stationed across the Empire, in Europe, the Middle East, and Africa. 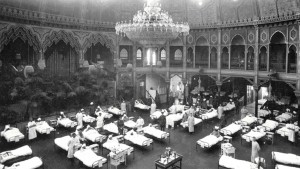 Brighton Pavillion was turned into a 724 bed military hospital during the war to treat wounded Indian soldiers.

Over 4000 wounded Indian soldiers were cared for at Brighton’s Royal Pavilion, a magnificent palace built in the Indian style by King George IV.

The war also affected ordinary citizens in India. Defence spending was tripled, taxes were increased and more money was printed, which led to higher inflation forcing food prices up considerably. Alongside other war time restrictions, the Defence of India Act 1915 was passed, aiming to limit anti-government protest through draconian methods.

Politically, this brought more cooperation in Indian politics. Congress had reconciled after the 1907 Surat Split, and was working closely with the Muslim League, through Mohammed Ali Jinnah, who was a member of both organisations.

Seeing the cooperation between Congress and the League, and more generally the need to calm Indian public opinion, the British had to show a change in imperial rule. In August 1917 Edwin Montagu, the Secretary of State for India, announced that British policy in India was now aimed at “increasing association of Indians in every branch of the administration, and the gradual development of self-governing institutions”.

Though this sounded like “self rule”, it wasn’t. Reforms did follow in 1919 which gave more power to the provinces for local issues, but overall power was still held firmly by the British. In any case, as Bose and Jalal point out, “the new franchise, based on property and educational qualifications, was titled in favour of the raj’s friends, not its critics”.

Though the war ended in 1918, the British extended draconian war time restrictions into peacetime through the infamous Rowlatt Acts, which completely undermined the 1919 reforms. With popular tensions simmering away, the stage was set for the age of mass politics. 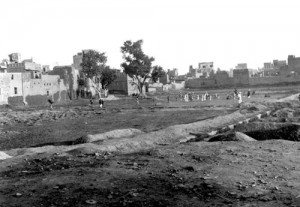 In April 1919 a group of unarmed villagers gathered at Jallianwala Bagh in Amritsar, at what would become one of the greatest atrocities of the British Raj in its 200 year colonial rule. A crowd of people had gathered oblivious that martial law had just been imposed, for the spring Baisakhi festival. There are other reports that a protest was being staged with people setting up stands during the day. Nonetheless, the crowd featured a significant number of women and children.

Upon hearing of the crowd, General Dyer blocked the only entrance/exit and ordered his troops to open fire, killing 379 and injuring 1200 in just 10 minutes. After finshing locked the entrance/exit gate to the Jallianwala Bagh leaving the dead, dying and injured for 24 hours where they were mowed down, and simply walked away.

Dyer’s actions were condemned, but not by all. The House of Lords praised him for quelling insurrection and presented him with a sword engraved with “Saviour of the Punjab”. A public campaign by the newspapers raised over £26,000 for him, around a quarter of a million in today’s money.

The Non cooperation and Khilafat Movements

This massacre prompted Mohandas Karamchand Gandhi to launch his first mass movement against the British: the non-cooperation movement. It involved giving back government honours, boycotting government administration, its educational institutions, the courts and even elections.

At the same time the Khilafat movement was launched. Muslims leaders such as Moulana Mohammed Ali, his brother Moulana Shaukat Ali and Moulana Abul Kalam Azad were concerned about the status of the Khilafat in the Ottoman Empire, which had been ended by the war. So they launched a popular mass movement mobilising Indian Muslims perhaps for the first time since 1857. 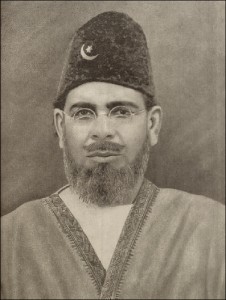 Maulana Mohammed Ali 1879-1931, he, along with his brother, was one of the leading figures of the Khilafat Movement.

The Khilafist leaders and Gandhi sought each other out, supporting the cause of the other and linking freedom from the British to it by arguing that one cannot be won without the other. To quote Moulana Mohammed Ali, ‘Muslims must fight for swaraj by plunging into the non-cooperation movement with their non-Muslim brethren, for only in this way would it be possible to achieve the Khilafat aim.”

This alliance also meant Congress endorsed Gandhi’s non-cooperation movement due to the pro-Khilafat Muslims in Congress, which would not have happened otherwise.

Hindu-Muslim unity at the top was mirrored on the ground between ordinary Hindus and Muslims across the country. Existing problems of cow slaughter and playing music outside Masjids were settled.

Unfortunately this unity did not last and communal violence took over on an unprecedented scale.

Non-cooperation was called off after a protest turned violent at Chauri Chaura in Gorakhpur which saw a police station torched killing all 23 police officers inside. Petitions to Ataturk in Turkey fell on deaf ears and he abolished the Ottoman Caliphate in 1924, dealing the final blow to the Khilafat Movement.

The mobilisation of the masses turned freedom from the British into a cause with national support, not just from the Congress and Muslim League elites. As a result politics had become an altogether more radical affair as the moderation promoted by the early Congress leadership was virtually dead, beckoning a new age in the movement for independence. 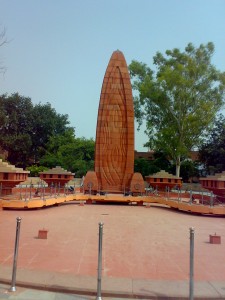 Read the July issue of Paigaam

Read the April issue of Paigaam

Read the march Issue of Paigaam